Contribution to the public consultation on the Energy Efficiency Directive review

This consultation is launched to collect views and suggestions from different stakeholders and citizens in view of the review of Directive 2012/27/EU on energy efficiency (Energy Efficiency Directive or EED), foreseen for the second half of 2016.

This review plays a prominent role as the Commission called on Member States to treat energy efficiency as an energy source in its own right in its Energy Union Strategy of 25 February 2015.

The European Council of October 2014 agreed on an EU objective of saving at least 27% of energy by 2030 compared to projections and requested the Commission to review the target by 2020 “having in mind an EU level of 30%”. The existing policy framework should therefore be updated to reflect the new EU energy efficiency target for 2030 and to align it with the overall 2030 Framework for Climate and Energy. 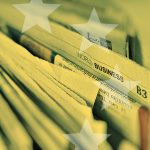